The Case Against Public Money for Oil and Gas

Billions of pounds of public money have been wasted propping up the oil and gas industry. We say no more. We’re taking the Government to court to pull the plug on public payments for big polluters. And we need your help.

The High Court has delivered their judgment. Here's where we stand.

Today, the High Court ruled against Jeremy, Kairin and Mikaela in their case against public money for oil and gas. While it’s not the decision we wanted, this campaign is far from over. The fight to stop the flow of public money to oil and gas companies is just getting started. 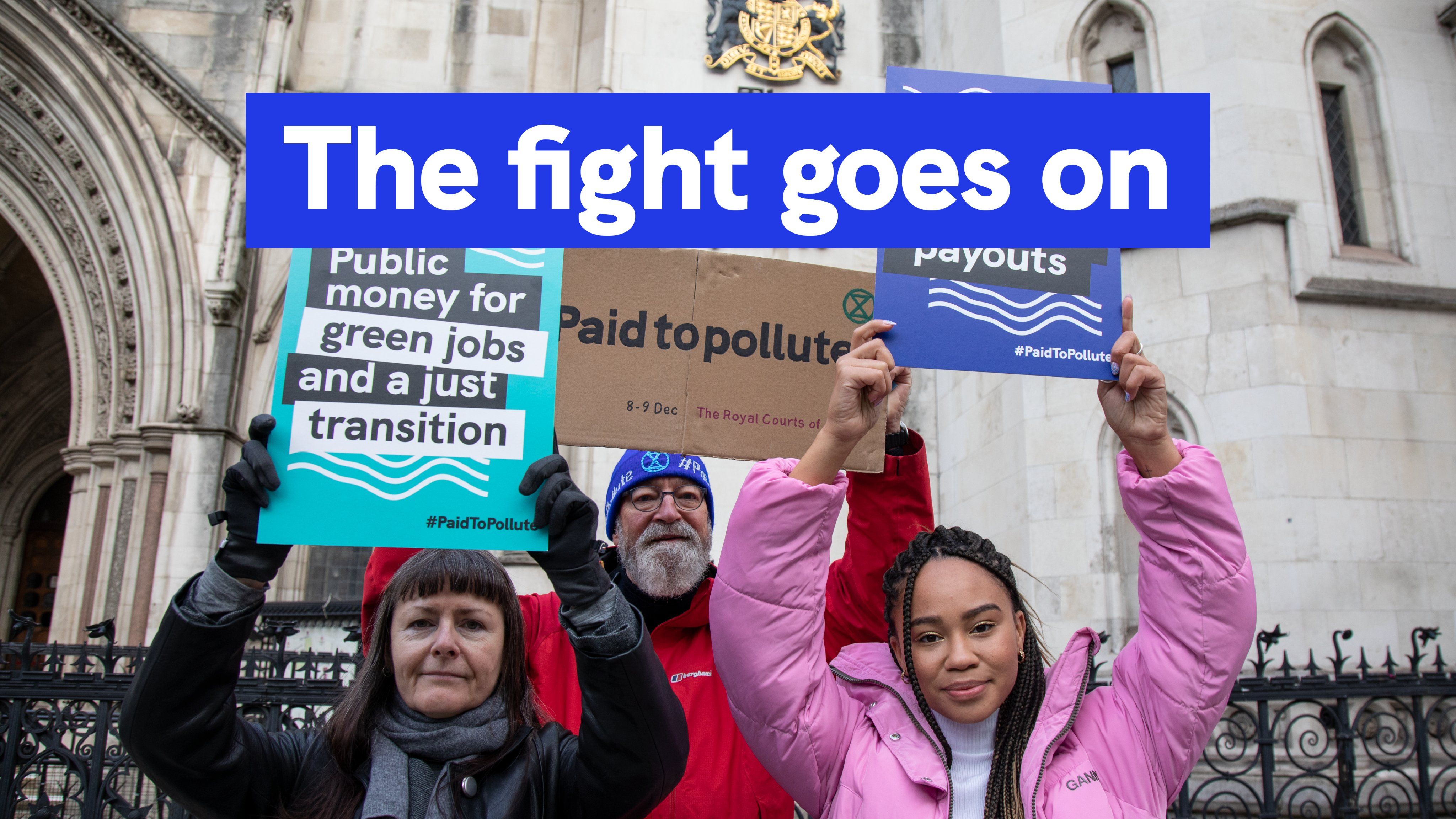 Let’s make sure the polluter pays, not the other way around.

Since signing the Paris Agreement, the UK Government has paid £4 billion of public money to North Sea oil and gas companies. In recent years, companies like Shell and BP were actually paid to pollute. They paid us next to nothing in tax. We paid them millions. All while they laid off thousands of workers in the UK and continued to wreck the climate.

We say, “No more!” We’re taking the Government to court to pull the plug on public payments for big polluters. And we need your help.

The UK could be the first major oil and gas producing country to move away from fossil fuels, setting a strong standard for the rest of the world. Instead it’s keeping alive a declining industry that’s committed to extracting more oil and gas than safe climate limits allow.

Our money is better spent on decent, green jobs and a just transition led by workers, their unions and affected communities.

In 2015, the UK legislated an official policy of “maximising economic recovery” of oil and gas in the North Sea. This polluters’ mandate has kept the door open for reckless drilling and exploration at the exact time when we should be winding down oil and gas extraction. But it doesn’t stop there.

Oil and gas companies aggressively lobbied the government to get massive tax cuts and they’ve been wildly successful. The UK provides hundreds of millions of pounds of public support to oil and gas companies each year. But we receive less money from fossil fuel producers than any of our neighbours. In Norway, the government receives about US $21 per barrel of oil. In the UK, we receive less than $2.

It gets worse. In recent years, oil and gas companies like BP and Shell have actually paid zero tax and received hundreds of millions in handouts. That’s worth repeating. The UK taxpayer received nothing from the big polluters in those years. We paid them millions to keep drilling.

Propped up by our money, the UK is the most profitable country in the world for oil and gas producers. The industry uses that money to fuel more extraction. They win, we all lose.

The UK Oil and Gas Authority (OGA) is a state-owned body that was set up to “maximise economic recovery” of oil and gas resources. This mandate is enshrined in legislation, specifically the Petroleum Act.

By not including the significant tax breaks that oil and gas companies receive in its definition of “economic recoverability”, we are arguing that the OGA’s new Strategy, adopted in February, is unlawful and will encourage more oil and gas to be extracted, endangering our climate targets and the Government’s commitment to net zero emissions.

In court, we will prove that the OGA’s interpretation of the law is a massive handout to big business with disastrous consequences for the UK economy and our climate.

Learn more about the case

The case is being brought forward by three individuals. Mikaela Loach, Kairin van Sweeden and Jeremy Cox. They are represented by the law firm Leigh Day, Merrow Golden and David Wolfe QC. 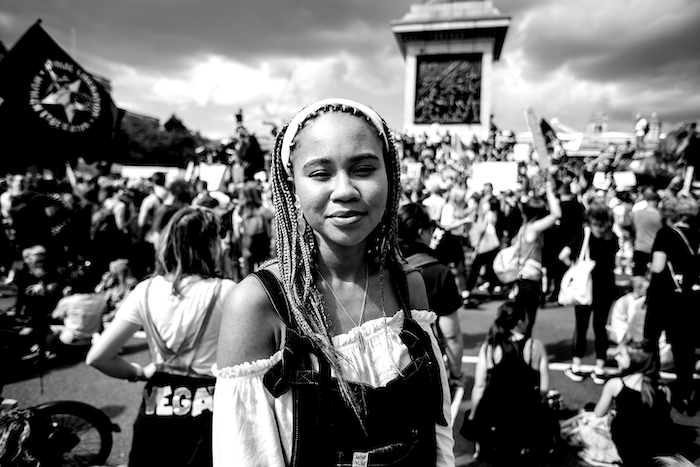 Mikaela is a climate justice activist, 4th year medical student, co-host of The Yikes Podcast & writer based in Edinburgh.

As a current medical student and member of the Jamaican diaspora, I am hugely concerned about the impact of the climate crisis both today and in the future. When visiting family in Jamaica I have seen first-hand the impacts of the climate crisis on it - as a low lying, previously colonised nation. So many other nations previously colonised by Britain, like Jamaica, are the ones experiencing the more severe impacts of the crisis today, despite having contributed so little to its causation.

The climate crisis is also the greatest global health threat the world faces. As someone who works for justice and for improving health and saving lives, it would be unacceptable to not address the greatest threat to life globally. It is imperative that the UK recognises its culpability in the creation of this crisis and takes every possible opportunity to act in accordance with the Paris Agreement's 1.5°C target. These are just a few reasons why I dedicate so much of my time to environmental campaigning and why I’m taking the government to court to stop public money subsidising oil and gas extraction.

I started working with Esso at Fawley Refinery in 1978, joining straight from university and staying there until 1986. The historical cover-up of the impacts of climate change by the oil and gas industry, including at the time that I was working for Esso, is inexcusable. The whole industry was all too aware of the damage that it was - and still is - causing. But it did whatever it could to keep that hidden, even from its own employees. I had a small part in this industry and want to help make things right.

While at Esso I became more and more concerned about the environment and joined Greenpeace. I joined Extinction Rebellion in 2019, where I took part in a number of non-violent disruptive actions - some of these targeting the same fossil fuel industry I used to work for. I cannot stand by and let the Oil and Gas Authority and this government pursue a highly damaging strategy that I consider illegal and contrary to the government’s commitments to mitigate global heating. This Government's latest promise to stop funding fossil fuels overseas isn't enough - fighting the climate emergency starts at home. 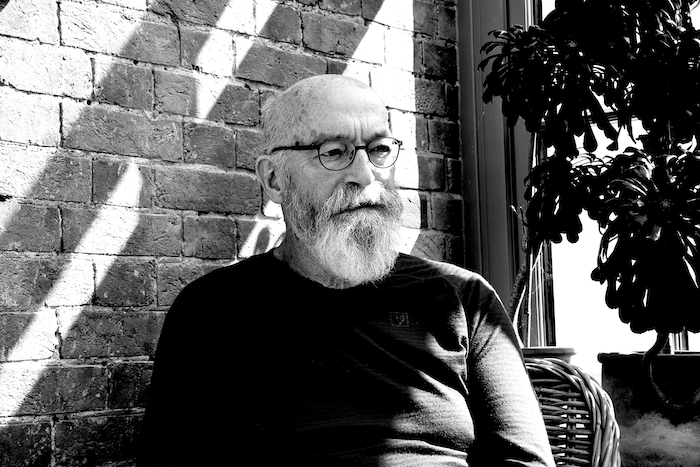 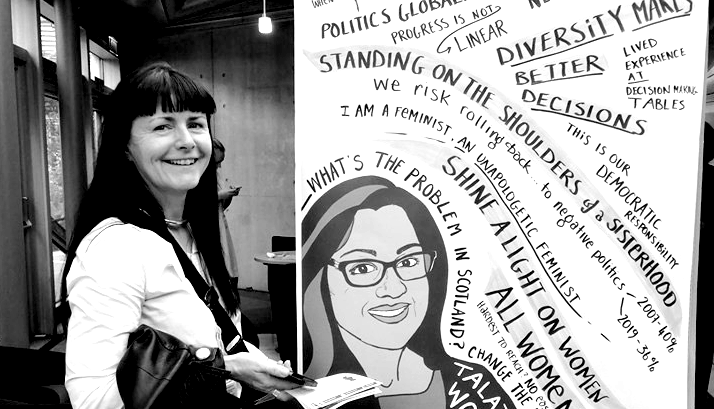 Kairin van Sweeden is an SNP Common Weal organiser for the North east of Scotland, the daughter of an oil worker, an Aberdeen quine and Executive Director of the Modern Money Scotland think tank.

I grew up in Aberdeen, the centre of the oil and gas industry in Scotland. My father was a welder and fabricator who worked in Ravenscraig, the shipyards and the oil rigs. He was also a shop steward who was involved in the start-up of the Offshore Industry Liaison Committee (OILC). He was eventually 'Blacked' or blacklisted by the oil companies for his organising activities, along with around 700 others workers. My mother became the administrator for the OILC and she stayed there for 18 years, taking very little time off before she retired.

For me, this case is personal. It’s about honouring my family history and helping build the Scotland I want to see - one with lots of jobs in renewables and where public money goes towards the public good, not the wealthy polluters’ pockets. Public money is being spent supporting businesses that contribute to the crisis instead of solving it. We have to challenge this wrong-headed and deadly use of the public purse. That’s why I’m bringing the claim to the Oil and Gas Authority. If they don’t listen to common sense, maybe they’ll listen to the Courts.

Donate to the case 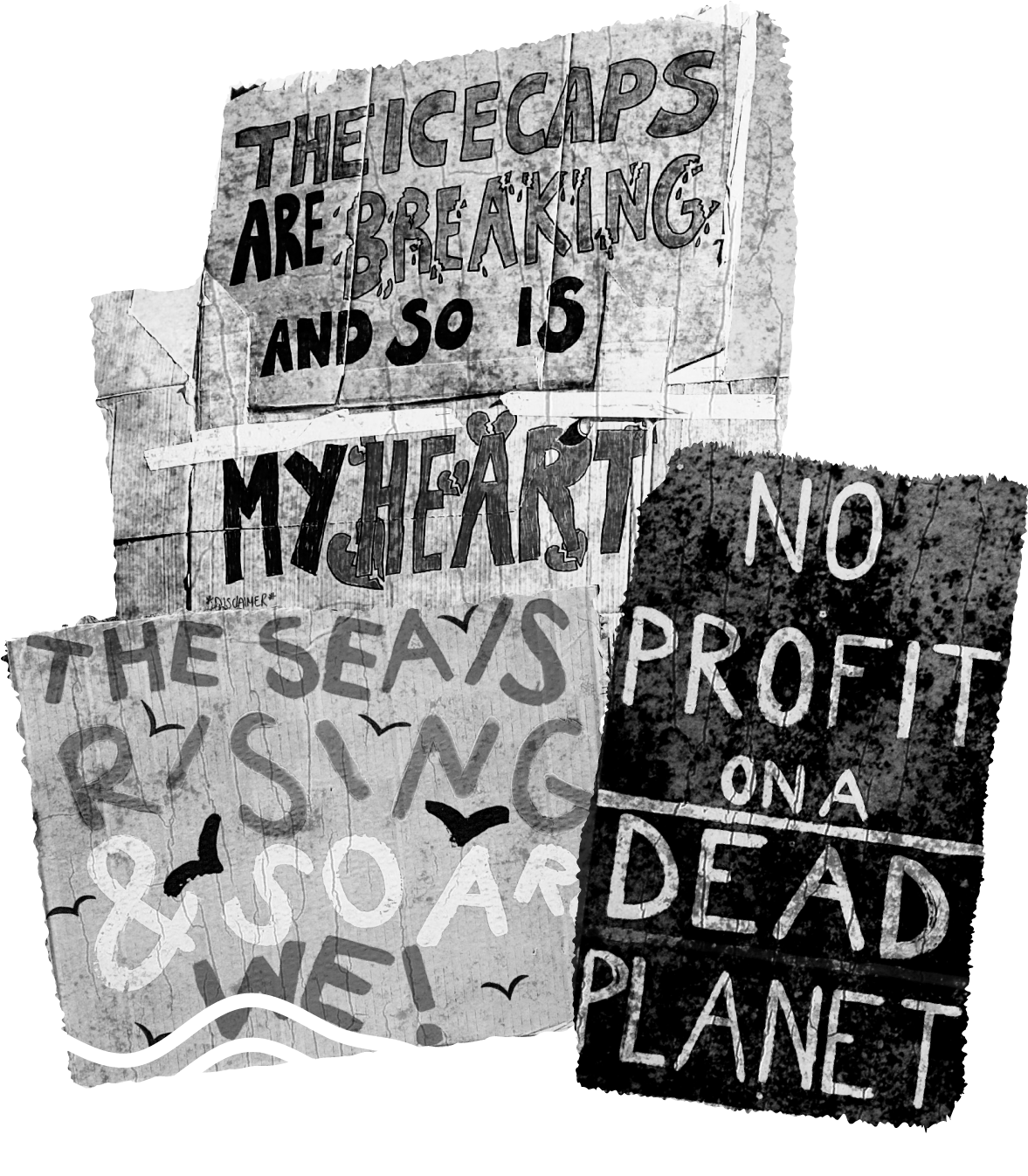 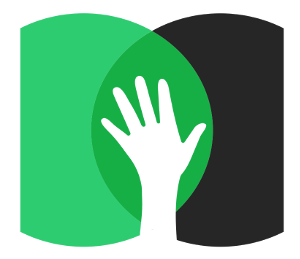 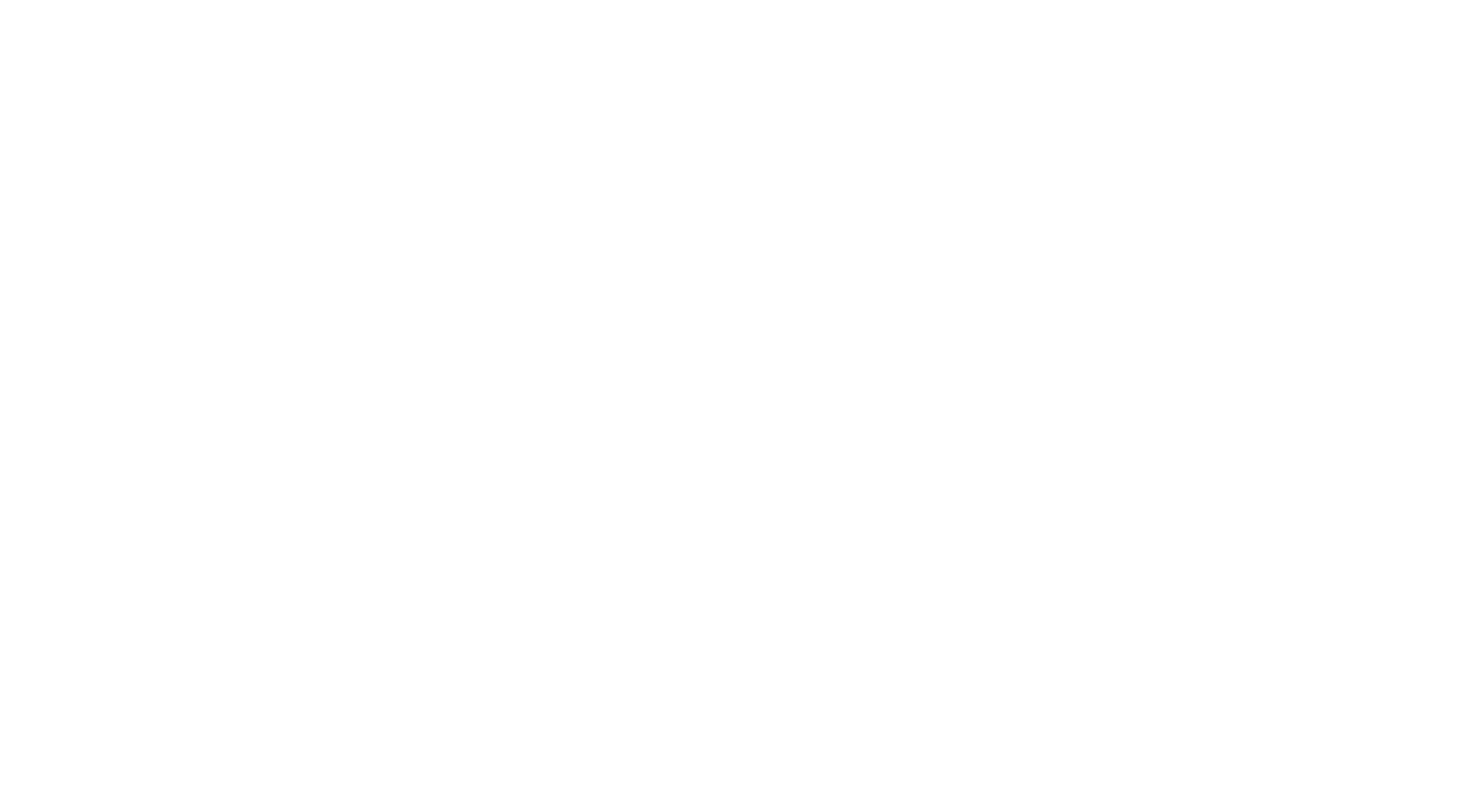 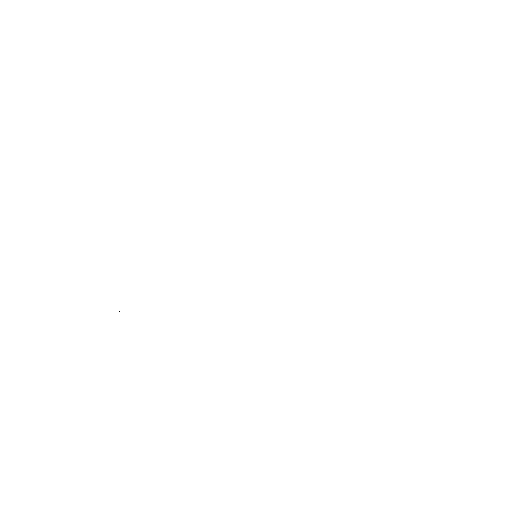 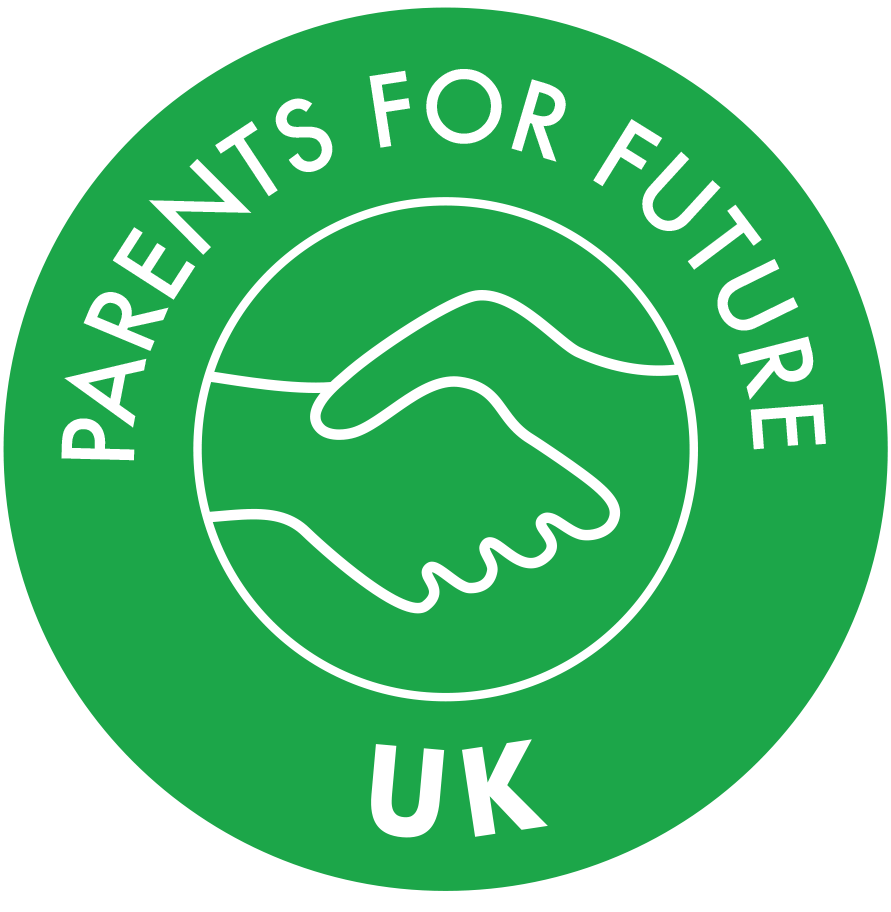 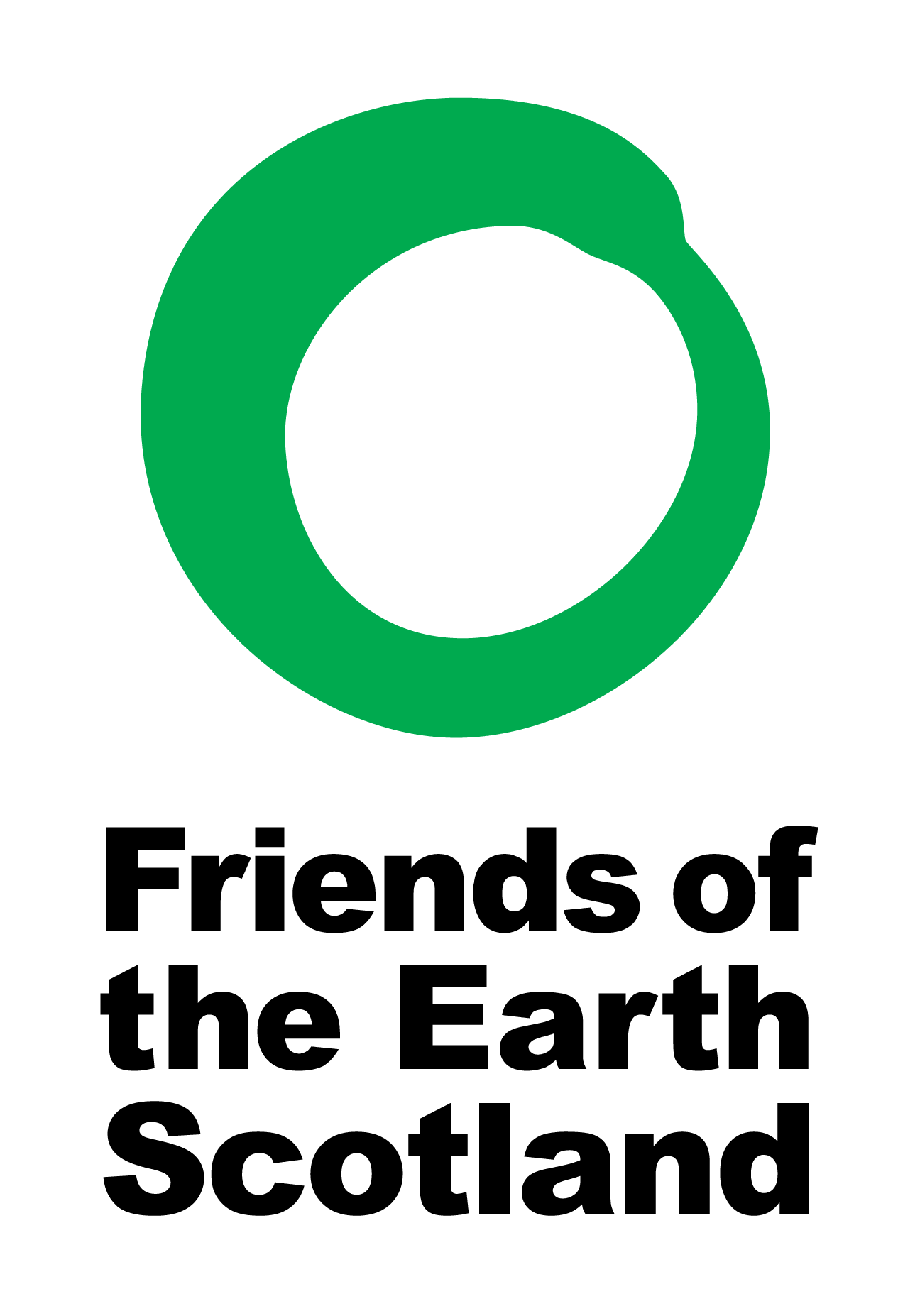 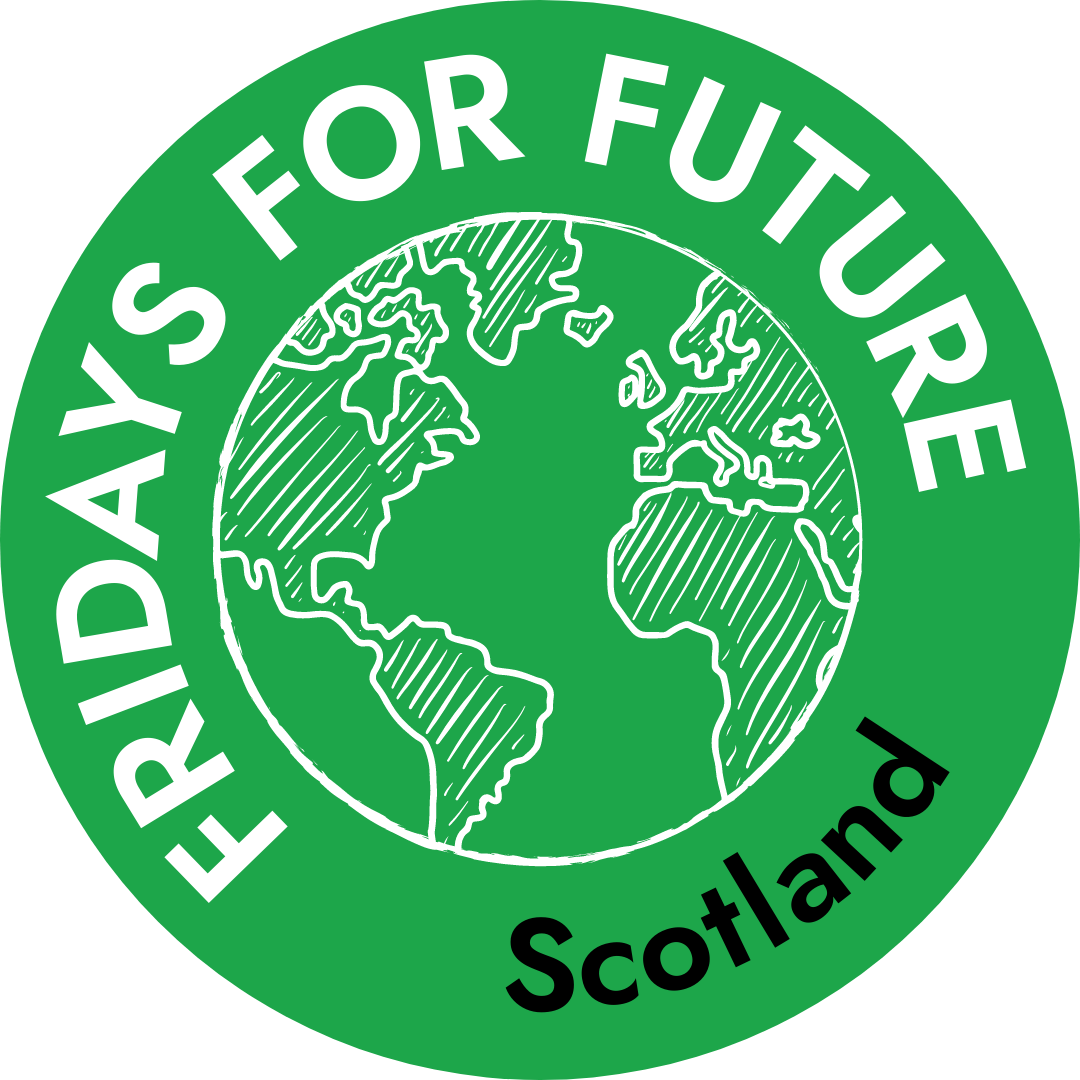 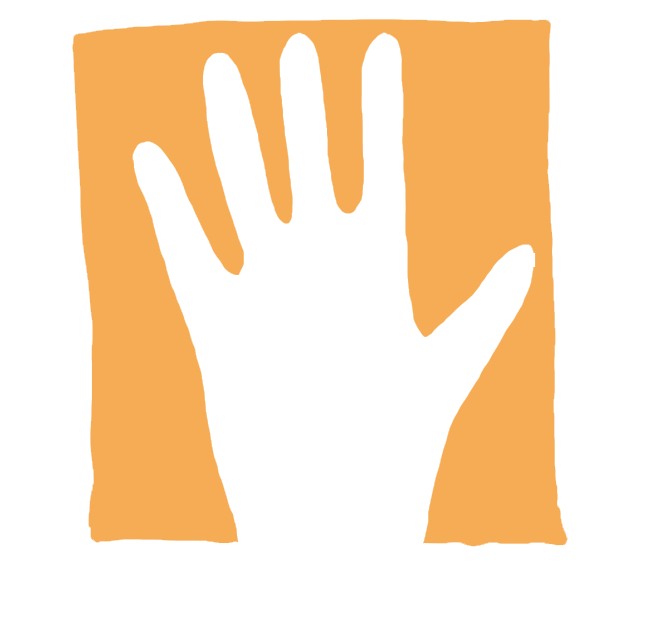 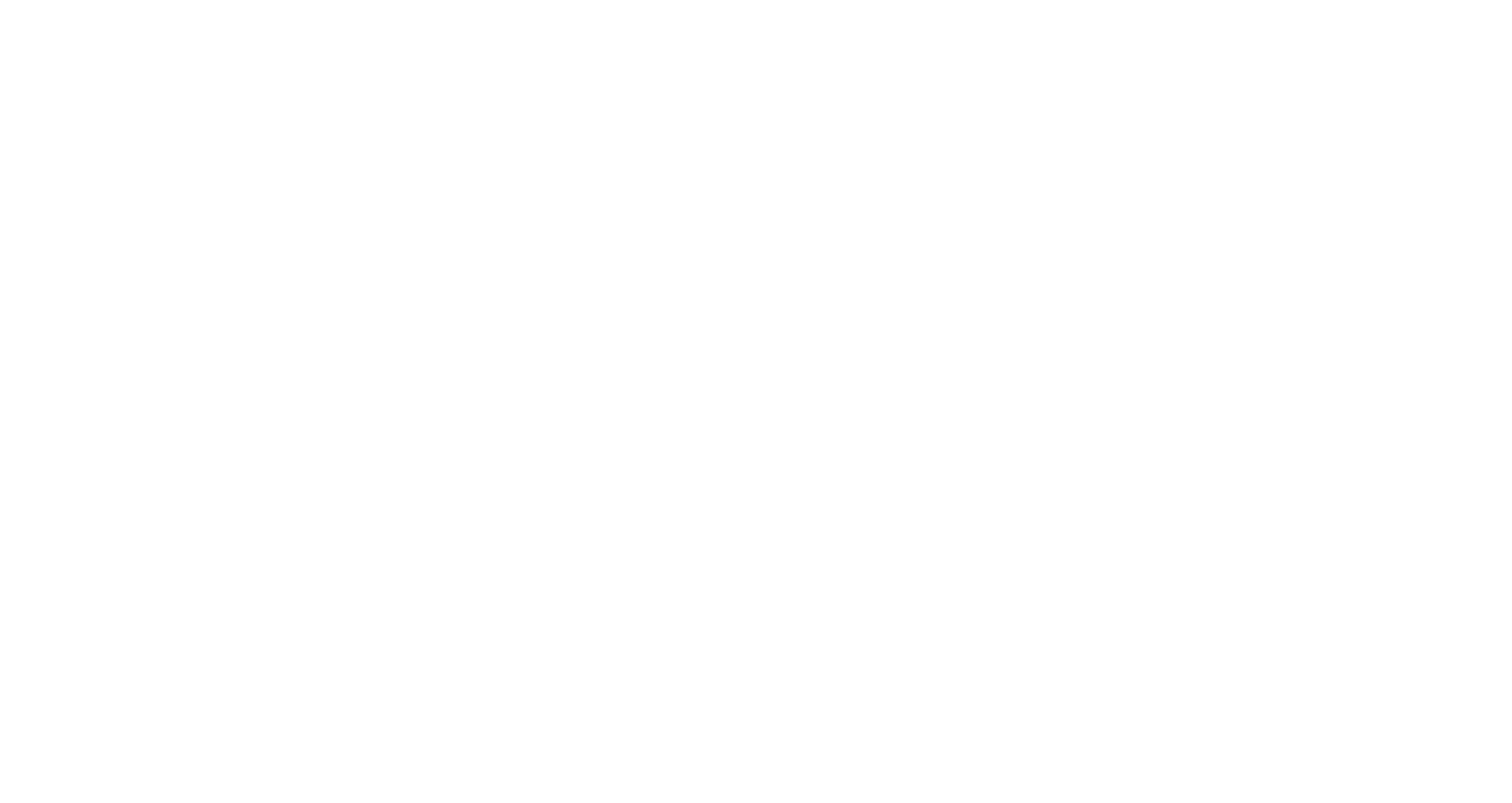 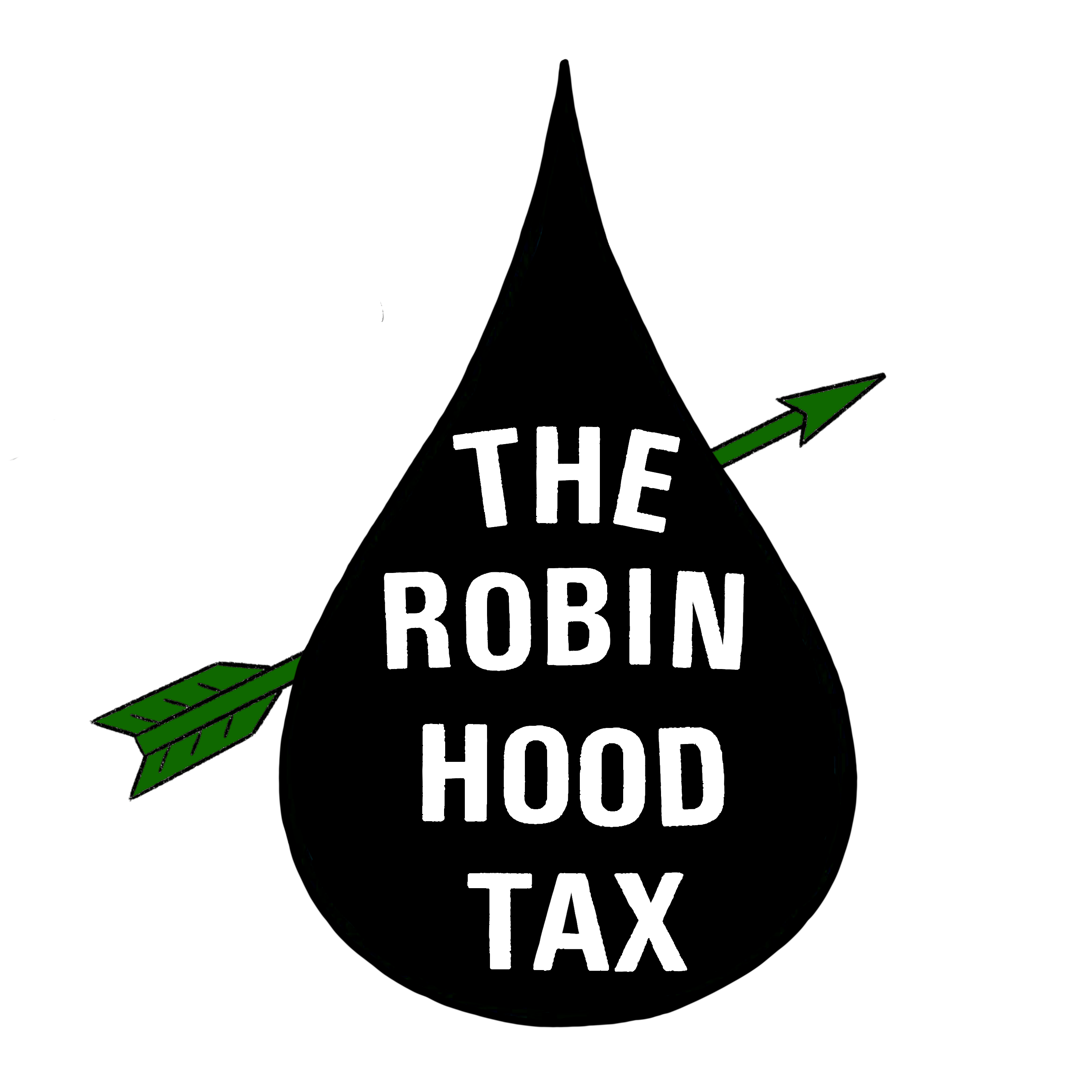 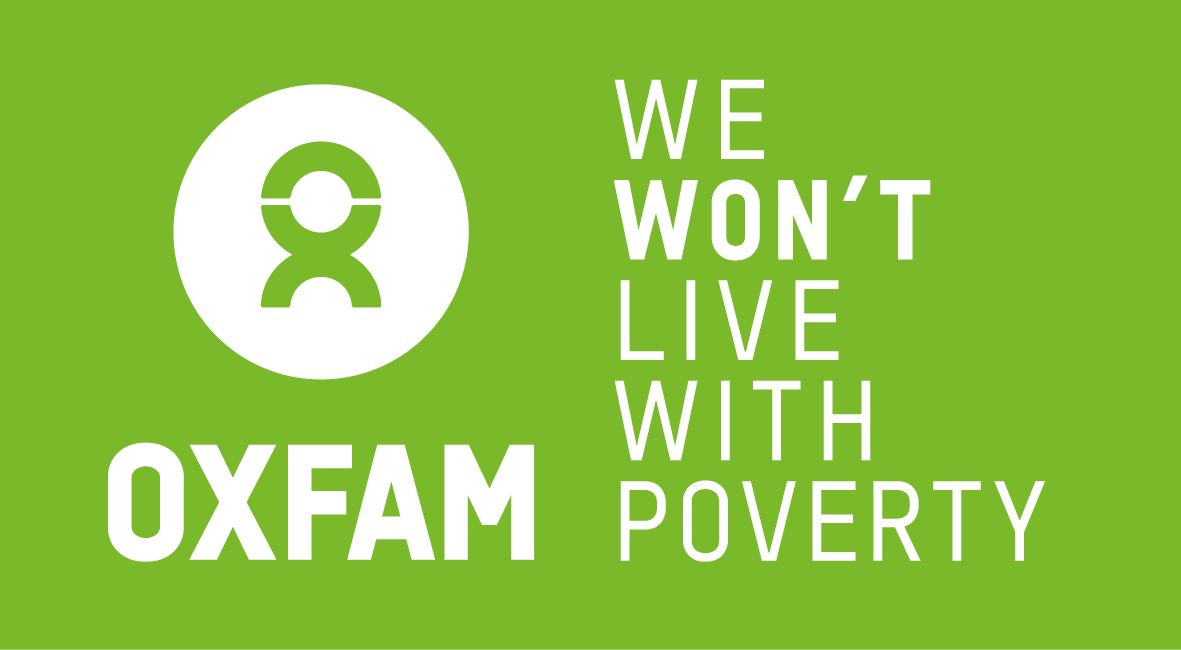 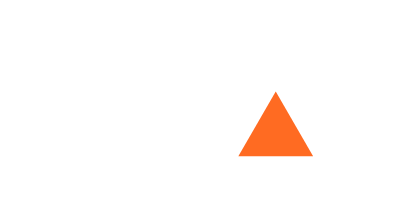