See you in court: Five cases around the world showcasing that climate litigation works 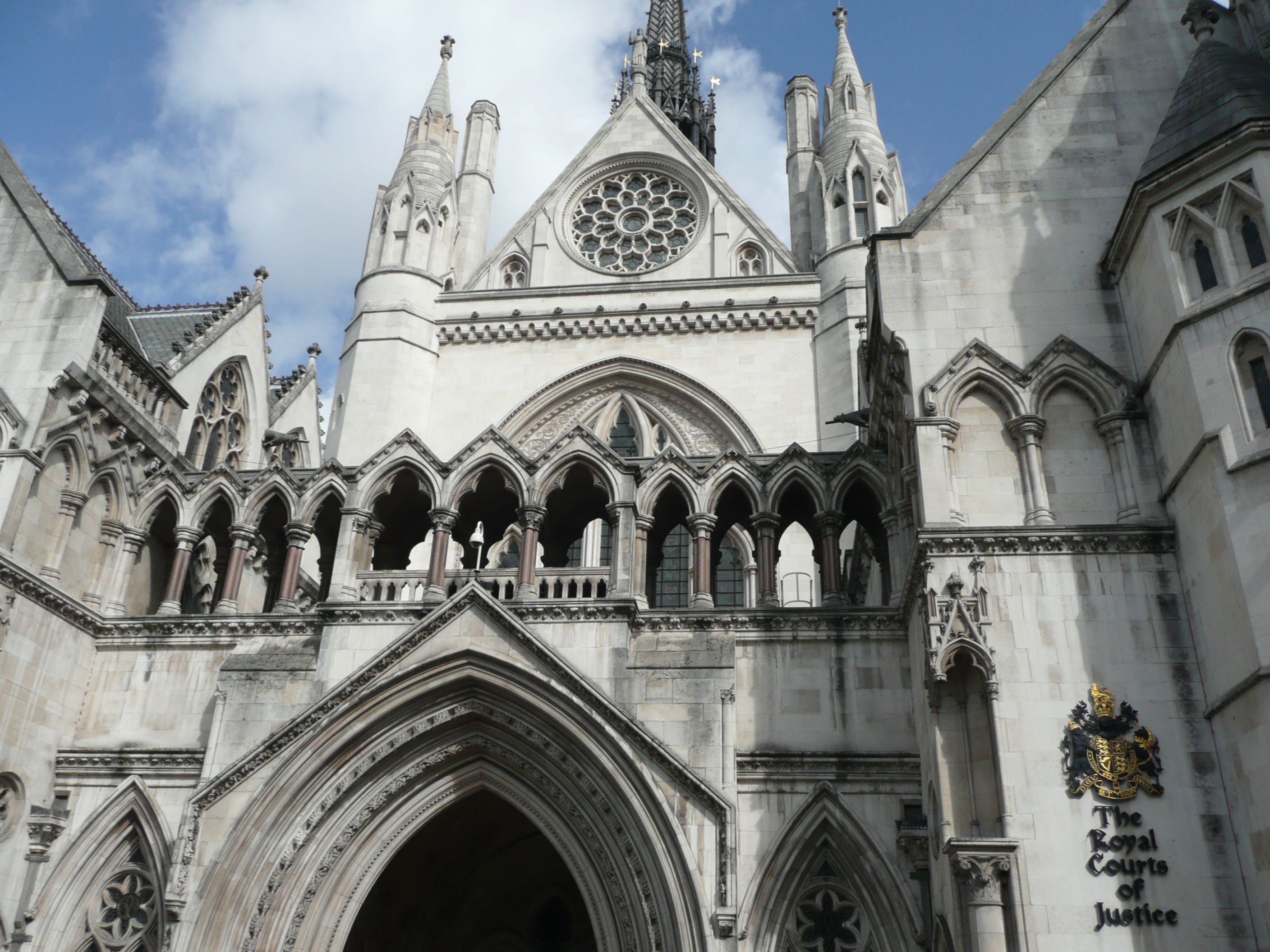 The climate crisis is the biggest challenge of our lifetime, and around the world there is growing awareness that it should be treated with increased urgency - which is unfortunately not mirrored by current policy. Recent analyses show that the world is still on track for 2.4°C of warming even if all targets agreed at COP26 are met, and the 2021 production gap report estimates that countries are planning to produce 110% more fossil fuels than would be consistent with keeping global temperature rise below 1.5°C. With the International Energy Agency (IEA) clearly stating that there can be no new fossil fuels if we want to meet our climate goals, it is clear that governments around the world are failing to show true climate leadership.

Climate litigation is a tactic increasing in popularity, with climate-related court cases having doubled since 2015. A diverse range of people, NGOs, shareholders and companies are now going to the courts in forty countries to fight for more ambitious action on the climate emergency. These cases can often be a last resort to force high-emitting countries to act, or claim compensation for damages done to individuals or communities. Claimants often target so-called “climate misconduct”: weak climate mitigation efforts by governments and companies, failure to stop deforestation, support for the fossil fuel industry, decisions to approve new fossil fuel exploration or airport expansions, and greenwashing have all been brought to the courts in the recent wave of cases. And they’re being successful: 58% of cases have produced  favourable outcomes for the environment, and courts are starting to recognise governments’ legal duty to take action on the climate crisis.

With the Paid to Pollute case going to the High Court in London next week, it is worth reflecting back on five cases which have successfully fought for more ambitious climate action, in the hope that they - as well as Paid to Pollute - will inspire many activists to hold governments and corporations accountable going forward.

This year, Milieudefensie (Friends of the Earth Netherlands) took Shell to court over contributing to climate change and violating its human rights obligations, together with a group of NGOs and 17,000 Dutch citizens. The case built on the landmark Urgenda decision, which found that the Dutch government’s inadequate climate action violated its duty of care to its citizens. Milieudefensie successfully  extended this duty of care to private corporations - arguing that Shell’s long knowledge of climate change constitutes hazardous negligence and threatens unlawful endangerment of Dutch citizens.

In a historic move, the Hague District Court ordered Shell to reduce its global emissions by 45% by 2030 relative to 2019 across all its activities. The court also ruled that Shell’s responsibility included Scope 3 emissions - the emissions from actual burning of oil and gas, which makes up the bulk of the industry’s emissions. Shell is appealing the decision, and in the meantime has announced that it will be moving its headquarters to the UK, the only country in Europe where the company pays no corporation tax.

Saúl Luciano Lliuya, a farmer from western Peru, has been fighting against Germany's largest energy provider RWE since 2014. He claims that rising temperatures caused by climate change are threatening his home town in Huaraz with flooding. After spending thousands to build flood defences with little success, he decided to sue the energy giant for compensation. Based on calculations showing that RWE is responsible for 0.5% of global warming, Saúl is suing for $17,000 - which constitutes an equal proportion of the damages to the people of Huaraz. After initially being dismissed and a long appeals process, success came when the German courts recognised his claim as valid in 2017. They are now examining how RWE’s emissions have contributed to climate risks faced by Saúl’s community.

The Save Lamu case (Kenya)

In June, Kenya’s National Environment Tribunal revoked a licence granted to Amu Power, who had been planning to build a coal-fired power plant in Lamu on the Kanyan coast. The $2 billion project would have been Kenya’s first coal plant and in proximity to an UNESCO heritage site, which has faced multiple threats in the past. The tribunal found that the company’s environmental impact assessment was incomplete and unscientific, and ordered them to do a much stricter assessment, under which a new licence is unlikely. The company had failed to assess how pollution from the coal mine would affect people, plants and animals, and that communities had not been given enough information on environmental risks. A Greenpeace report had found that the plant would affect almost half a million people and result in 1,600 premature deaths over 40 years of operation, in addition to causing acid rain and polluting farmland.

The success of the case is largely connected to deCOALonize - an alliance of local, environmental and social groups - led by Save Lamu - who coordinated the campaign against the project. The alliance provided legal, financial and other resources to activists and ran a highly informative and transparent media campaign: Information was actively shared with those on the other side of the argument, which facilitated wider social change.

In 2019, Les amis de la terre (Friends of the Earth France), and a group of French and Ugandan NGOs sued French energy company Total over an oil project in Uganda and Tanzania. The East African Crude Oil Pipeline (EACOP) will be the longest heated oil pipeline in the world at over 900 miles, and emit the CO2 equivalent of Denmark (see this in-depth article from our friends at Stop Cambo). Plaintiffs claim that Total is violating the French duty of vigilance law, which makes transnational corporations liable for the impacts of their activities across the world. It was implemented after the death of over a thousand garment workers in Bangladesh after a building collapse in 2013, and puts corporations under legal obligation to prevent human rights violations and environmental damage - including those carried out by subsidiaries, subcontractors and suppliers.

The High Court of Justice in Nanterre ruled in favour of Total, arguing that it was not competent to hear the case, which must be brought before a commercial court. Activists in France and Uganda are continuing their fight to stop the pipeline from being built. Upon arriving back in Uganda, witnesses were detained by police and intimidated for their involvement in the case - but their campaign is stronger than ever before.

In 2020, a group of German youth filed a legal challenge to Germany’s Federal Climate Protection Act (“Bundesklimaschutzgesetz”, or KSG), arguing that the KSG’s target of reducing greenhouse gas emissions by 55% by 2030 from 1990 levels was insufficient and therefore violated their human rights as protected by the German constitution. The claimants argued that the KSG did not take into account Germany’s obligation to limit global temperature rise to “well below 2°C”, and cited the legal principle of protecting the natural foundations of life for future generations. One of their key demands included raising Germany’s emissions reductions target to 70% by 2030.

A few months later, the Federal Constitutional Court ruled that the KSG is incompatible with fundamental human rights for failing to come up with sufficient plans for emissions cuts beyond 2030, and that future generations will be particularly affected by this. The German government has subsequently increased the ambition of its 2030 target to a 65% cut from 1990 levels - a major success.

Climate litigation is on the rise…

Some future challenges of climate litigation tactics will include ensuring that those individuals and communities in the Global South who are most affected by the climate crisis have adequate legal avenues to hold governments and companies in the Global North accountable. However, activists and lawyers are increasingly finding creative ways to circumvent these hurdles and use the mounting evidence of the impacts of climate change to persuade courts to act.

It is clear that climate court cases are a valuable new tool for holding governments and corporations accountable to their actions. While they take dedication - litigation is often slow, costly and demanding for the plaintiffs - they can be very effective in initiating systemic change. The most successful of these cases highlight that legal action must be embedded in a wider movement for change and backed up by a well-developed advocacy strategy, using broadcast and social media to amplify the message. Climate change is coming to the courts - governments and companies will need to respond with urgency, or face the consequences of their inaction.