NEW: Majority Of UK Believes Polluters Should Pay, Not Us 📣 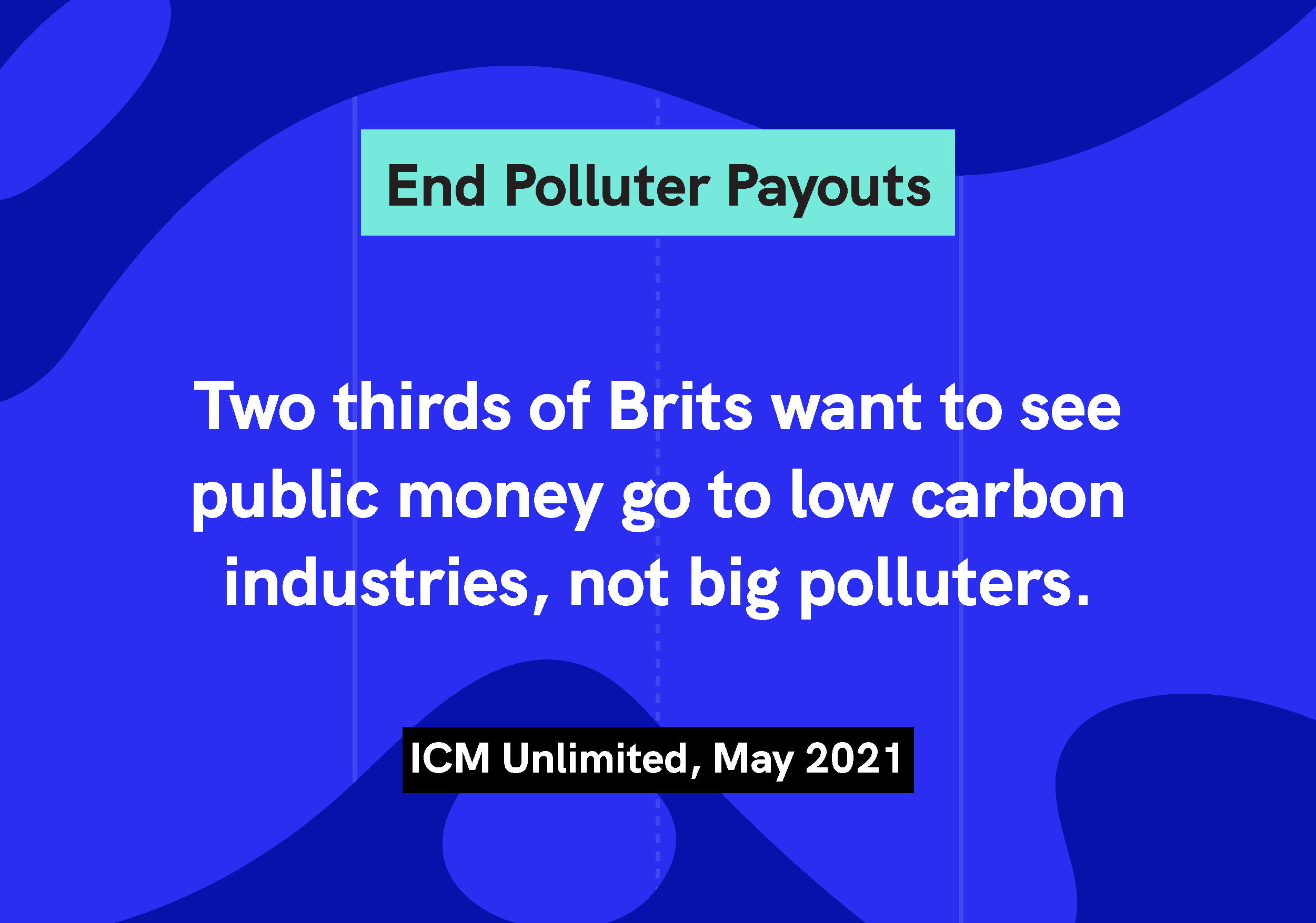 Not only is the UK government spending hundreds of millions each year propping up oil and gas, it’s doing so against the wishes of the majority of the UK.

It doesn’t stop there. The survey* found:

As we wait to hear whether permission is granted in the Paid to Pollute case, we want the UK government to know that the majority of the UK do not support “business as usual” in the North Sea. To make as much noise as possible, we need your help.

Help spread the message #StopFundingFossils and tag @PaidToPollute in your posts! 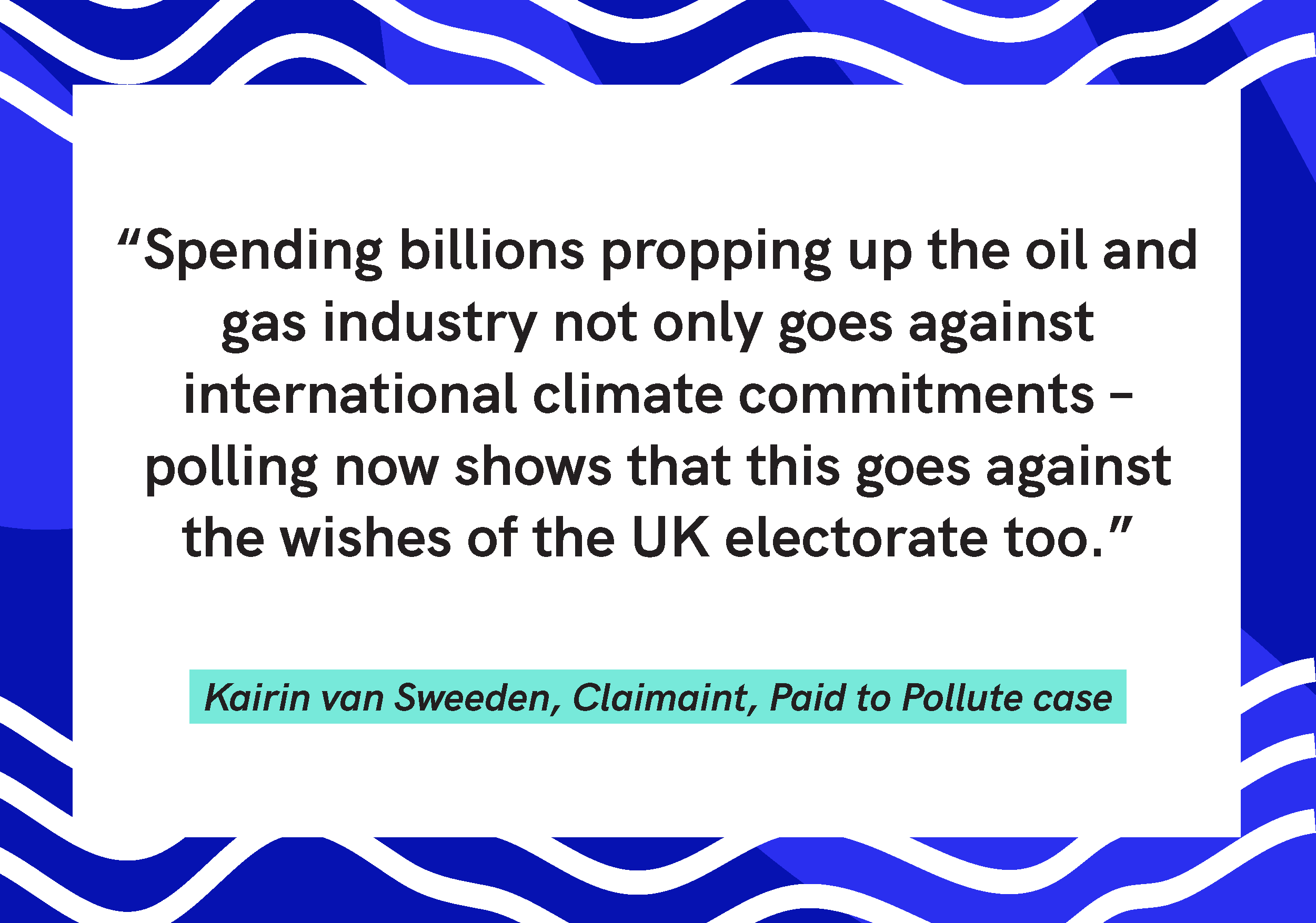 The polling comes just days before the G7 Summit in Cornwall, where last month G7 environment ministers agreed to end all new finance for coal power by the end of 2021, and to provide increased support for clean energy alternatives like solar and wind.

Despite these commitments, the UK government continues to spend hundreds of millions of pounds propping up the oil and gas industry each year. The UK alone has paid £3.2bn of public money to North Sea oil and gas companies since signing the Paris Agreement.

Let’s make sure the Government hears them. Join our digital action today!

- The Paid to Pollute Team, Mikaela, Kairin, and Jeremy