This year, Paid To Pollute will leave the courtroom and take to the streets 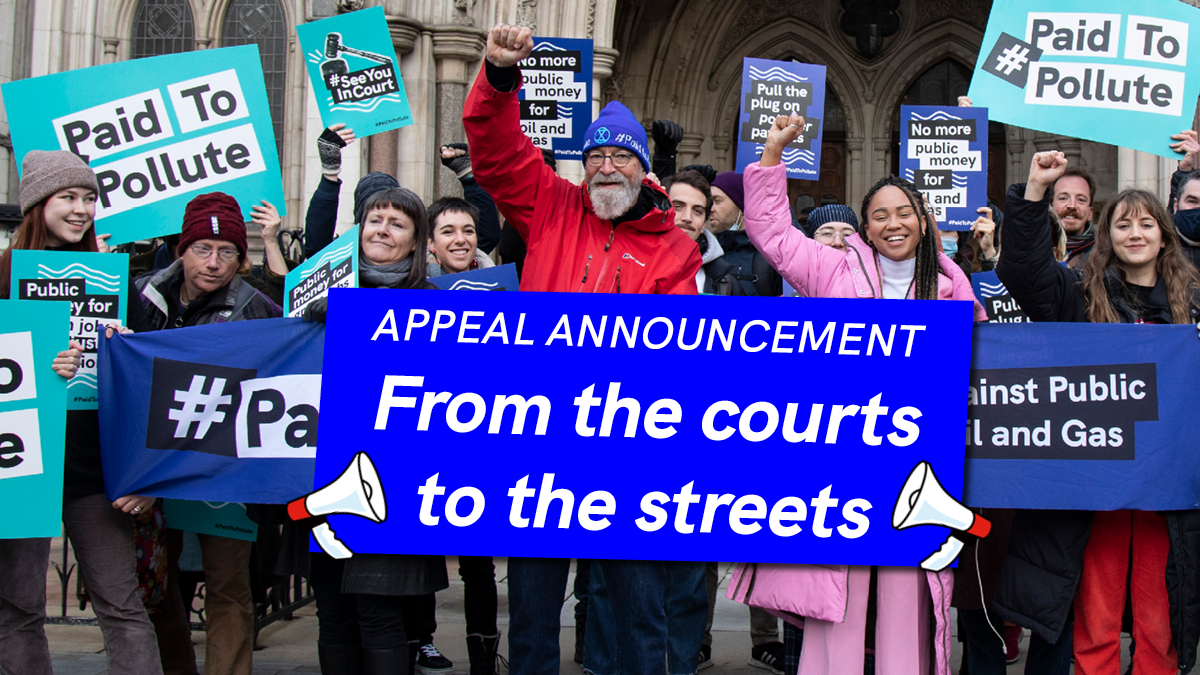 This year, Paid To Pollute will leave the courtroom and take to the streets

Today we’re announcing a new stage for the Paid To Pollute campaign.

After almost a year of working on a legal challenge against the UK government, we’ve made the decision not to appeal the High Court’s ruling.

While we know our case is strong, we believe our time and effort is best put to use fighting for change outside of the courts. But don’t worry. We’re not going anywhere.

If the past week has taught us anything, it’s that the UK government is still all too happy to see big polluters profit at the expense of everyone else. The issues we raised in the High Court - the billions propping up big polluters, a tax system designed for private profit over the public good - are now more visible than ever.

This month, Shell reported profits of £14 billion in 2021. On the same day, millions of us learned that we’re facing bill rises of almost £700 pounds. BP announced it made almost  £10 billion profit last year. These companies have made billions from a system that’s fuelling energy poverty and the climate crisis. The people of the UK deserve better.

Both Shell and BP have been paid hundreds of millions in public money since the UK signed  the Paris Agreement. From 2018 - 2020, neither company paid tax on their North Sea operations. What does the UK have to show for it? A warming planet and skyrocketing energy costs. It’s time to pull the plug on these polluter payouts.

This year, Paid To Pollute will leave the courtroom and take to the streets. The stakes are simply too high for us to wait for another round of litigation, where the UK government defends the indefensible. If the UK government thought we were going away, they’ve got another thing coming.

Over the next two months, we’ll be reaching out to all the partners, allies and supporters of the court case about where we go from here. You helped us get to where we are today and together we want to shape the direction of where we go next.

On Thursday, April 7th, we’ll hold a special call about the next stage of Paid To Pollute and share our plans for how to permanently stop the flow of public money to oil and gas. We hope you can make it.

Register for the call: What's next for Paid to Pollute?

When we first started the case early last year, we could never have imagined how much we could achieve. Together, we raised the issue of massive subsidies for the oil and gas industry and forced the UK government to admit that it is using public money to prop up big polluters.

As we said on the day we received the decision, there’s no going back. What we’ve brought to light can no longer be hidden. Now we move forward.

At every step of the way, we could count on your support. We want to send our deepest thanks.

This isn’t the last you’ll hear from Jeremy, Mikaela or Kairin. Stay tuned for more soon.

- The Paid To Pollute Team