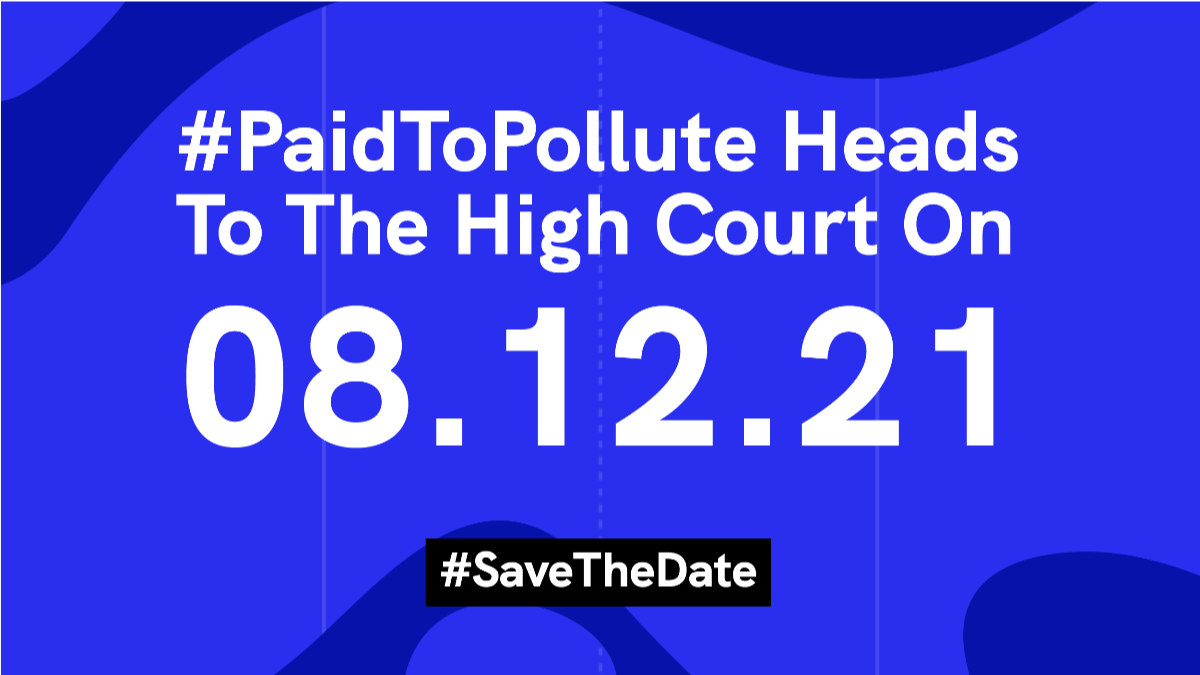 On December 8th, the UK Government will be in High Court to defend the billions of pounds they’ve wasted supporting the oil & gas industry since signing the Paris Agreement. New evidence released last month now shows this figure to be more than £4 billion pounds of public money.

The court date in December comes just weeks after COP26 climate talks, where the UK Government will be trying to convince leaders from across the world to increase their climate ambition.

Please spread the word about the court date by sharing our posts on Twitter, Facebook and Instagram. We’ve also created a social media toolkit to make your own post if you have a moment. 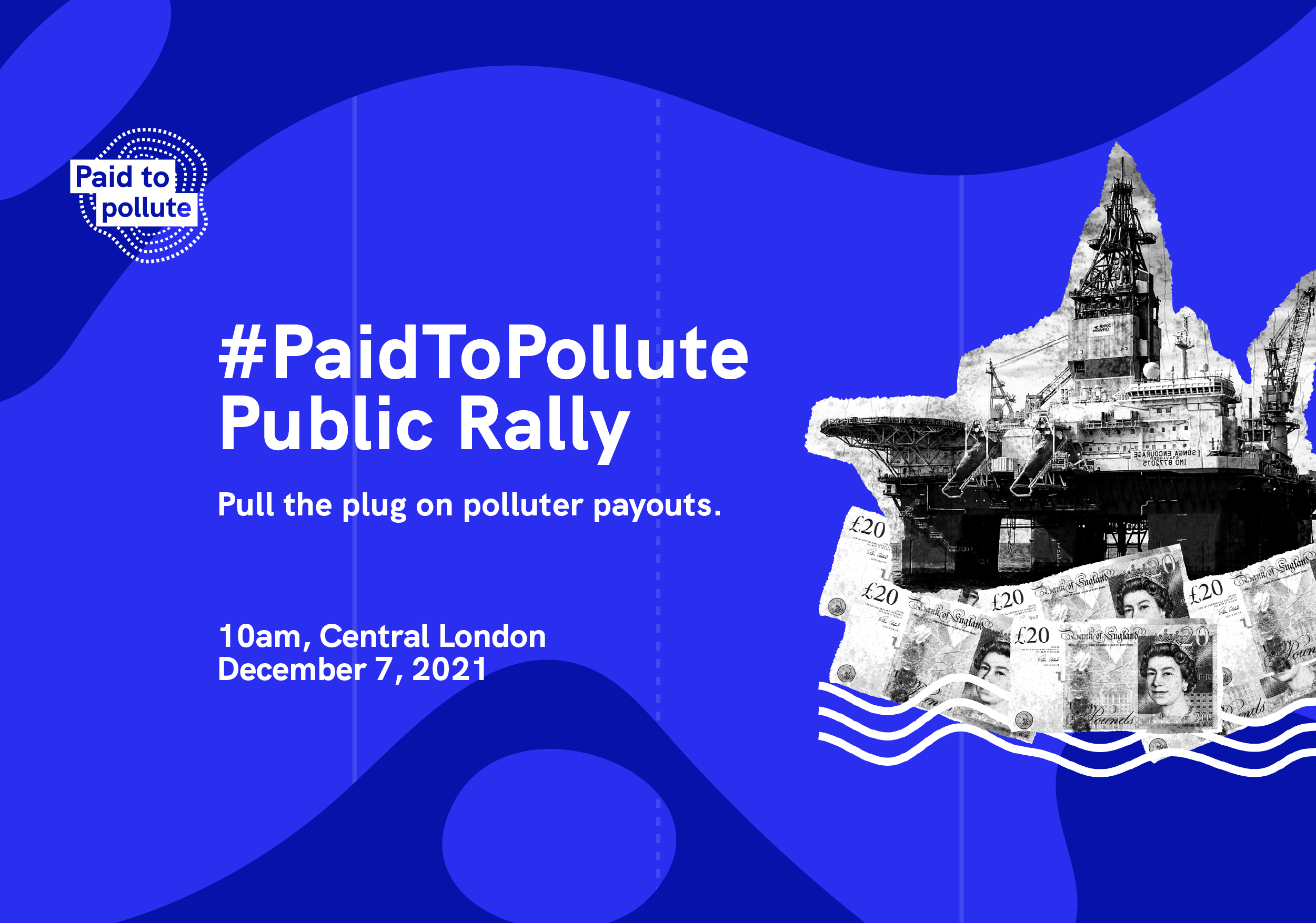 The claimants Jeremy, Kairin and Mikaela will be holding a rally in central London on December 7th, the day before the court case. We would love to see you there. You can find out more about the rally here. We’ll add more details as we get closer to the date.

RSVP to the Paid To Pollute Rally on December 7th

On the actual day of the hearing, we’re asking Paid To Pollute supporters to come down to the Royal Courts of Justice to greet Kairin, Jeremy and Mikaela and cheer them on as they enter the High Court. If covid permits, we encourage as many people as possible to enter the court with them to watch the proceedings. For those that can’t be there in person, we’ll have other ways to take part. More on that later. 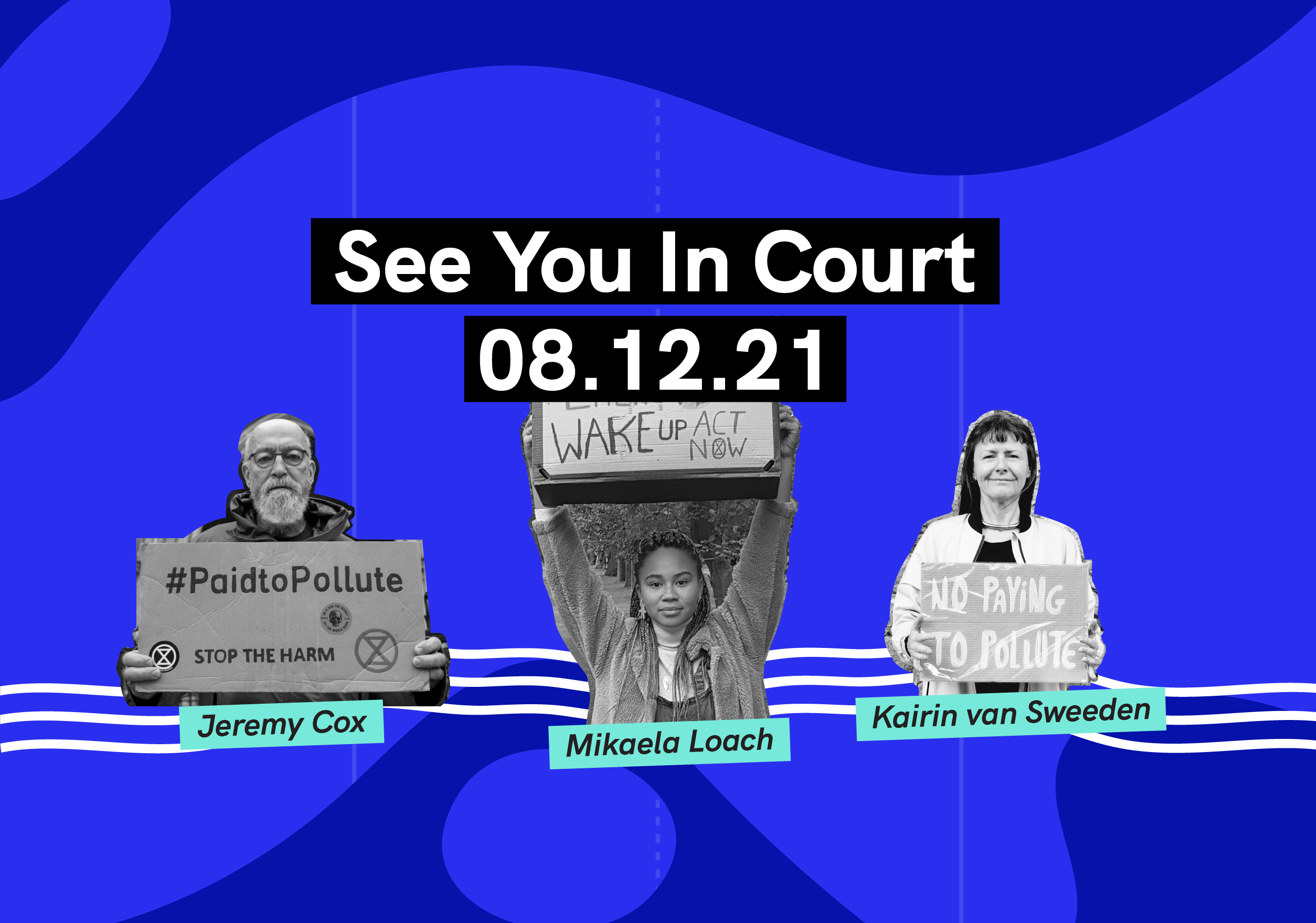 RSVP to the support the claimants on December 8th

On behalf of the claimants, we wanted to extend a huge thanks for your support for the case and the cause over the past few months.

Taking the UK Government to court is no easy task. But it helps knowing you’ve got the backing of thousands of people across the world.

- The Paid to Pollute Team, and the claimants, Mikaela, Kairin, and Jeremy